What are the Main Sources of Energy on Earth? 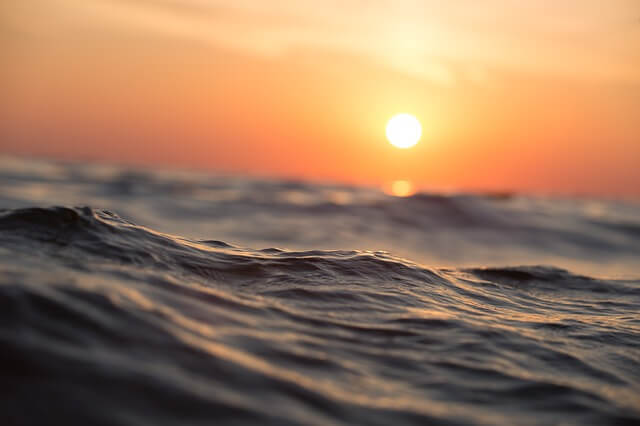 Nurturing Earth and all its inhabitants require a lot of energy, and one question that often comes to mind is: what is the main source of energy on Earth? As a species, humans need electric energy to power their homes and industries, combustible resources for transportation and warmth, and biochemical energy to provide nutrients to their bodies.

Thinking about energy sources can leave us with a handful of questions. Luckily, we have the answers to almost all of these. One of the most essential concepts to  understand is what energy is.

In short, energy refers to quantitative property transferred to materials, objects, and even humans to activate a response. Although it can be converted from one form to another, it can never be created or destroyed.

The primary source of energy on Earth is the Sun. The sun is a renewable energy source, and when not used in its natural form, it is converted by way of solar energy technology. In its natural state, the Sun radiates solar energy (commonly known as sunlight), which is the driving source of our climate system. Nearly all biological and climatic processes are dependent on solar energy input from the Sun. Some of these processes include warming the Earth through radiant heat, evaporation, atmospheric circulation, and photosynthesis.

What is the Main Source of Energy on Earth?

Solar technology is used to convert sunlight into electric energy through photovoltaic (PV) panels or a concentrating solar-thermal power (CSP) system. PV panels absorb sunlight through cells in the panel and create electrical charges which cause electricity to flow. CSP systems reflect and concentrate sunlight onto receivers by way of mirrors. Solar energy is collected and converted to heat, used to produce electricity, or stored in batteries for later use or distribution.

Solar radiation and power are the most sustainable source of renewable energy, and the Sun provides us with more than we could ever use.

Besides the sun, the Earth is host to several alternative energy sources, all of which are renewable. As the world population rises, the ongoing demand for energy does too. To maintain a level of sustainable energy and, in turn, protect Earth from climate change, we should expand the use of renewable energy sources beyond solar power.

Wind Power. Another source of clean energy that is abundant on Earth is wind. Wind turbines drive generators that convert the wind’s kinetic energy into mechanical power and feed it into the grid. As with solar power systems, off-grid generation systems are available for private use, though all properties aren’t suitable for installing a domestic wind turbine.

Hydro and Tidal Energy. One of the most commercially developed energy resources is hydropower. The flow of water drives a turbine which generates electricity and can be stored when demand reaches a peak. Commercially, a dam or barrier can be built to control the flow of water, and off-grid generation is possible for private use. Although tidal flow isn’t constant, tidal currents can also drive turbines for energy generating.

Biomass. Another great addition to the alternative energy sources category is biomass. Energy production with biomass can generate power at a low economic and environmental cost. To produce electricity, agricultural, industrial and domestic waste is converted into solid, liquid, and gas fuel by burning these organic materials.

Sources of energy that are not sustainable and will eventually run out are referred to as non-renewable energy sources. Although these sources are still the primary sources of energy on Earth, they are limited and harm our environment.

Nuclear Energy. Through a process called fission, radioactive elements, mainly uranium atoms, are split to generate heat. This heat produces steam, which is then used by turbine generators to generate electricity. Although nuclear energy doesn’t produce greenhouse emissions, it’s expensive and dangerous since it comes with the risk of a nuclear meltdown.

Fossil Fuels. Collectively oil, natural gas, and coal are referred to as fossil fuels. Fuels in this category were formed within the Earth’s underground layers of rock and sediment from dead plants and animals millions of years ago. Plant and animal remains were transformed into oil, natural gas, and coal through pressure and heat. Fossil fuels are currently the primary sources of energy on Earth, but they don’t come cheap. Land degradation, water pollution, and toxic emissions contributing to air pollution are all included in the price we have to pay for these.

Moving away from non-renewable energy sources and towards a clean energy future is highly possible with the proven clean energy technologies we have available today. The main source of energy on Earth sends more power to us in one hour than we can possibly need in a year, and with the right technological implementation, we can power the entire planet from just one source.