Advantages and Disadvantages of Natural Gas 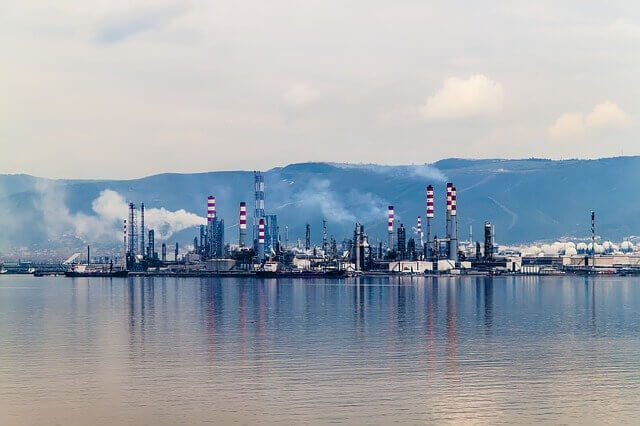 Let us first define what Natural Gas is. It is a fossil energy that formed underneath the earth’s surface.

Natural gas contains a lot of chemical compounds such as hydrocarbons and methane which is particularly the largest component of the natural gas it contains one carbon and four hydrogen atoms (CH4) it also has varying amounts of a small percentage of carbon dioxide, nitrogen, hydrogen sulfide, or helium and sometimes other higher alkanes.

We use natural gas very often as a source of fuel and to make chemicals and materials. It has numerous ways to be used although it is usually used as a heating and cooking fuel in most homes we use it to generate electricity, heat water, industrial power furnaces, run air conditioners and heat buildings.

What Are the Disadvantages of Natural Gas?

Because Natural Gas contains flammable compounds it is highly combustible, and mismanagement and lack of knowledge of how to handle such chemical it can lead to accidents and explosions.

It is naturally odorless that is why it’s hard to distinguish if leaking occurs unless you add some odorant to it, that is the reason why the LPG contains odorant so if leakage of gas occurred it will easily be detected and quick and adept action can be taken in the event of the leak.

•     A Source Of Violence Natural Gas might drive up violence if not explored appropriately if Natural Gas is sold to the terror organizations in countries such as African Countries and the Middle East.

•    Non-renewable Energy Source Just like all fuels of fossils, Natural gas is not a renewable source. Although Natural Gas is measured as a very clean source of energy than oil and coal research shows that it will bring a harmful effect to Mother Nature than oil if you look into the period effect of gas it will bring a bad impact to our environment.

What Are the Advantages of Natural Gas?

Natural gas is much cheaper compared to other fossil fuels when generating electricity used for supplying home appliances and it’s much safer to use here are some advantages of Natural Gases:

•    Very convenient and much safer than Other Fossil Fuels – It is the most efficient sources of energy for the generation of electricity and heating. It is a lot safer and easier to store compared to other energy sources.

•    Very Affordable the price of the natural gas constantly rests even when the prices of gasoline spikes it is very convenient affordable for average consumers.