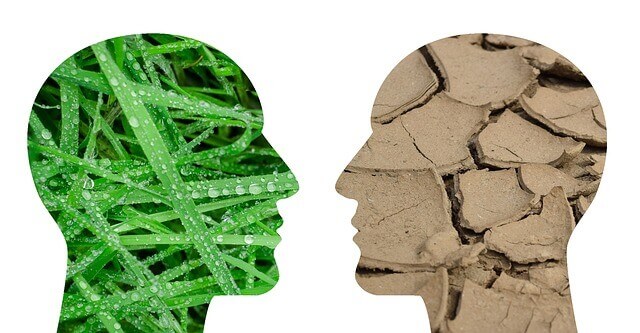 Global warming is the gradual heating of the planet’s surface. Both oceans and land are now warmer, and temperatures are still increasing.

According to the NOAA (National Oceanic and Atmospheric Administration (NOAA), average surface temperatures increased to 1.71⁰F between 1880 and 2016.

The leading cause of global warming is the burning of fossil fuels, which heat the Earth through the greenhouse effect — burning fossil fuels such as coal releases greenhouse gases like carbon dioxide, nitrous oxide, water vapor, ozone, and methane.

The most common greenhouse is carbon dioxide.

According to a 2015 report of the Environmental Protection Agency (EPA), carbon dioxide accounted for approximately 82% of all greenhouse gas emissions of the US. Fossil fuel combustion produces more than 5.5 billion tons of carbon dioxide into the atmosphere every year.

Another contributor to carbon dioxide in the atmosphere is deforestation.

When trees are cut down, they release the carbon they’ve stored during photosynthesis. Deforestation releases almost a billion tons of carbon every year.

Another common greenhouse gas is methane. It traps heat and has 20 times more impact than CO2 on climate change.

The use of natural gas and landfills and mining contribute to a large portion of methane production. Global warming has adverse consequences.

What are the Effects of Global Warming?

The National Snow and Ice Data Center revealed that there’s now 10% less permanently frozen ground or permafrost in the Northern Hemisphere than in the early 1900s.

This change can cause unexpected land collapses such as landslide and release microbes that have long been buried.

However, the most significant effect of global warming is the Arctic sea ice reduction.

This means that more ice is absorbed by the ocean and less heat is reflected in the planet’s atmosphere by the surface of the ice. This creates a feedback loop that causes more ice to melt.

Global warming also causes a glacial retreat. According to the U.S. Geological Survey, only 25 glaciers larger than 25 acres can be found in Glacier National Park in Montana.

A 2016 study published in Nature Geoscience showed that there’s a 99% possibility that this quick retreat of glaciers is due to climate change caused by humans.

Temperature extremes are one of the most obvious and immediate effects of global warming. According to NASA, 16 of the 17 warmest years recorded have occurred since 2001.

The hottest year recorded worldwide was 2016. The surface temperature of the planet that year was 1.78⁰F warmer than the average throughout the 20th century.

The warmest year recorded before that was 2015 and before 2015, it was 2014. Another effect of global warming is extreme weather events.

Much of the US has been experiencing colder-than-average winters as well. Global warming may also cause extreme weather events other hand heat or cold extremes.

For instance, lightning is being affected by global warming. A 2014 study shared that lightning strikes in the US are expected to increase by 50% in 2100 if the global temperature continues to rise.

Hurricane formations will also change. Although this matter is still being investigated, existing computer models of the atmosphere show that hurricanes will become less frequent globally, but those that do form might be stronger.

Hurricanes get their energy from the difference of temperature between the cold upper atmosphere and the warm tropical ocean.

Scientists project that blizzards, rainstorms, heat waves, and other extreme weather events will continue to occur more often and will be more intense due to global warming.

These changes may also include major shifts in yearly precipitation, seasonal temperatures variations, and wind patterns.

Moreover, these changes are expected to last for decades as the high levels of greenhouse gases might remain in the atmosphere for years.

Global warming can affect agricultural systems. Growing seasons in some places may expand, but the impact of severe weather, lower groundwater tables, drought, loss of arable land, greater diversity and number of pests and lack of collected snowmelt could cause livestock shortages and severe crop failures.

Human health can be affected by global warming as well. The increase in mosquito-borne diseases such as dengue fever and malaria is most likely caused by global warming. Extended, hotter summers could spread tick-borne illnesses as well.

The threat to the World’s Flora and Fauna

The range of disease-causing pathogens that were once buried in the subtropical and tropical areas may expand due to warmer temperatures, killing off species of animals and plants that were once immune to the diseases.

According to a National Academy of Sciences report, many species of animals and plants are moving to higher altitudes or northward due to warming temperatures.

This becomes a problem when climate change velocity is faster than the speed that animals and plants can migrate. Due to this, a lot of animals may not be able to cope with the new climate or worse, go extinct.

The EPA shared that insects and migratory birds are now arriving in their nesting and summer feeding grounds weeks or days earlier than they did in the last century.

Melting glaciers, ice sheets, and polar ice raise sea levels. According to the EPA, global sea levels have risen about 8″ since 1870, and this is expected to continue in the coming years.

Many coastal areas where almost half of the world’s human population resides will be flooded. Researchers project that average sea levels will be 3.5′ higher at Galveston, Texas and 2.3′ higher in New York City by 2100.

An IPCC report shared that if greenhouse gas production remains unbridled, global sea levels could rise by as much 3′ by 2100.

The ocean also absorbs some of these greenhouse gases, which boosts the acidity of seawater. Many marine organisms create shells from calcium carbonate, and an acidic ocean dissolves their shells.

Coral reefs may also suffer from coral bleaching, an event in which corals expel their symbiotic algae.

This happens when corals are stressed. Unbalanced pH, pollution and too-warm waters are some of the most common stressors.